“Somewhere inside of all of us is the power to change the world," British author Roald Dahl

Around the world, people have had to fight for the right to vote. Over the past 75 years, if looked at as a whole, the state of democracy in the world has grown better—for example, in more and more countries, elections are more transparent, democratic and fair. But also today, in many parts of the world, there are governments that act more authoritarian than democratic—and universal suffrage is not yet a reality. As many countries are now facing crucial elections, voting has never been more important. Keeping the spotlight on international examples, these lessons focus on progress made for voters’ rights. 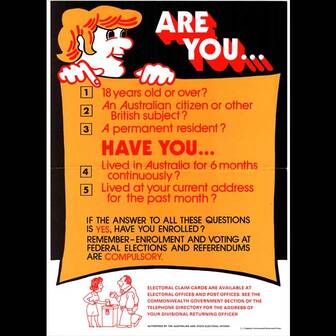 Create four different candidates for a position who students are familiar with, such as school administrators or teachers (do not use political candidates). Create and post signs with the name of one of the candidates in each of the corners of the room. The teacher should pre-select the best candidate, and then create one nonfictional/fictional fact that supports his/her selection. This information should not be shared with the students until they have decided who they would vote for.

The teacher will then tell the class: “Today, you are going to vote for the candidate who you think would be the best to fill the position. The candidates are listed in each of the corners of the room.”

Ask students to gather in the corner of the room that corresponds to their choice. In each corner, students form groups and discuss the reasons for selecting their particular candidate. Allow two minutes of discussion regarding why they chose their candidate.​

The teacher will reveal the hidden fact (from above), and then ask the students if they would have made a different choice if they had known this information prior to voting for their candidate. The overall objective is to emphasize the importance and responsibility of being an informed voter. 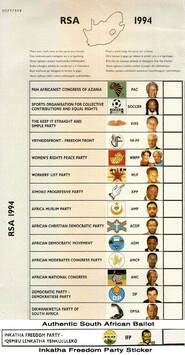 On April 27, 1994, South Africa held its first non-racial national elections where everyone 18 and over, from any race group, was given the constitutional right to vote. South Africa has made April 27 a public holiday, “Freedom Day,” to honor this historic event. Note that the ballot used was aimed at increasing inclusiveness—even voters who were unable to read were still able to understand the ballot, thanks to the use of candidate faces and party logos.

Read: ​What does Freedom Day mean to you, South Africa?

After watching the video and reading the article, students will create a 30-second public service announcement or social media awareness campaign about how voting can lead to historic change and how voting can change the balance of power.

Step 4: What Can Students Do? 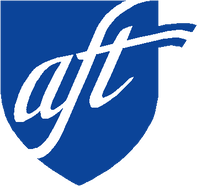 ​﻿​Share My Lesson is the premier digital platform where educators collaborate and share standards-aligned learning resources such as lesson plans, like this collection on the Foundations of Democracy.

The AFT has passed resolutions that represent the union’s policies concerning the international  cornerstones of democracy, as well as the importance of democratic rights around the world, such as in Hong Kong, Venezuela, and Brazil.

The AFT is also a member of two international umbrella groups, Education International and Public Services International, where issues of democracy and human rights are an important part of the agenda.

The Election Reformers Network has supported hundreds of election processes across 70 countries for 30 years.
​